Purpose of the Plan

As a policy document, the Comprehensive Plan is to be used to communicate the preferred use of land in designated areas for achieving the vision of the County within the land use context. It is a tool that can be used by the County's elected officials, staff, and citizens to evaluate various land use options and development proposals for compatibility, suitability, as well as sustainability.

This Plan uses the most current information available to define and document the existing land uses within the County, and their general locations. A key objective of this Plan update was to incorporate new information, from sources such as the 2010 U.S. Census and numerous recent studies and reports, to create an accurate picture of the County as it is today, and to use this information as the baseline for planning over the next 5 to 20 years. The Plan describes the major priorities related to future land use that contribute to achieving our vision. Priorities such as protecting historical areas and natural resources, preserving our farm lands, supporting private enterprise which will expand our local economy to create jobs and revenues, retaining the character of our communities and meeting the requirements for public facilities.

The vision for the County, as adopted by the Board of Supervisors on October 19, 2010, is to: "Sustain the rural character of Orange County while enhancing and improving the quality of life for all its citizens."

Underlying this vision are several principles that are used to guide in the planning of the County's future. Principles such as these directly impact the decisions and priorities described in the future land use section. The underlying principles of this vision are that:

Following its revisions to the Comprehensive Plan, the Orange County Planning Commission held a Public Hearing on the Plan on August 1, 2013, and subsequently forwarded a recommendation of approval to the Board of Supervisors.

View the Board of Supervisors' Resolution to Adopt the 2013 Comprehensive Plan, dated December 17, 2013.

Amendments to the 2013 Comprehensive Plan 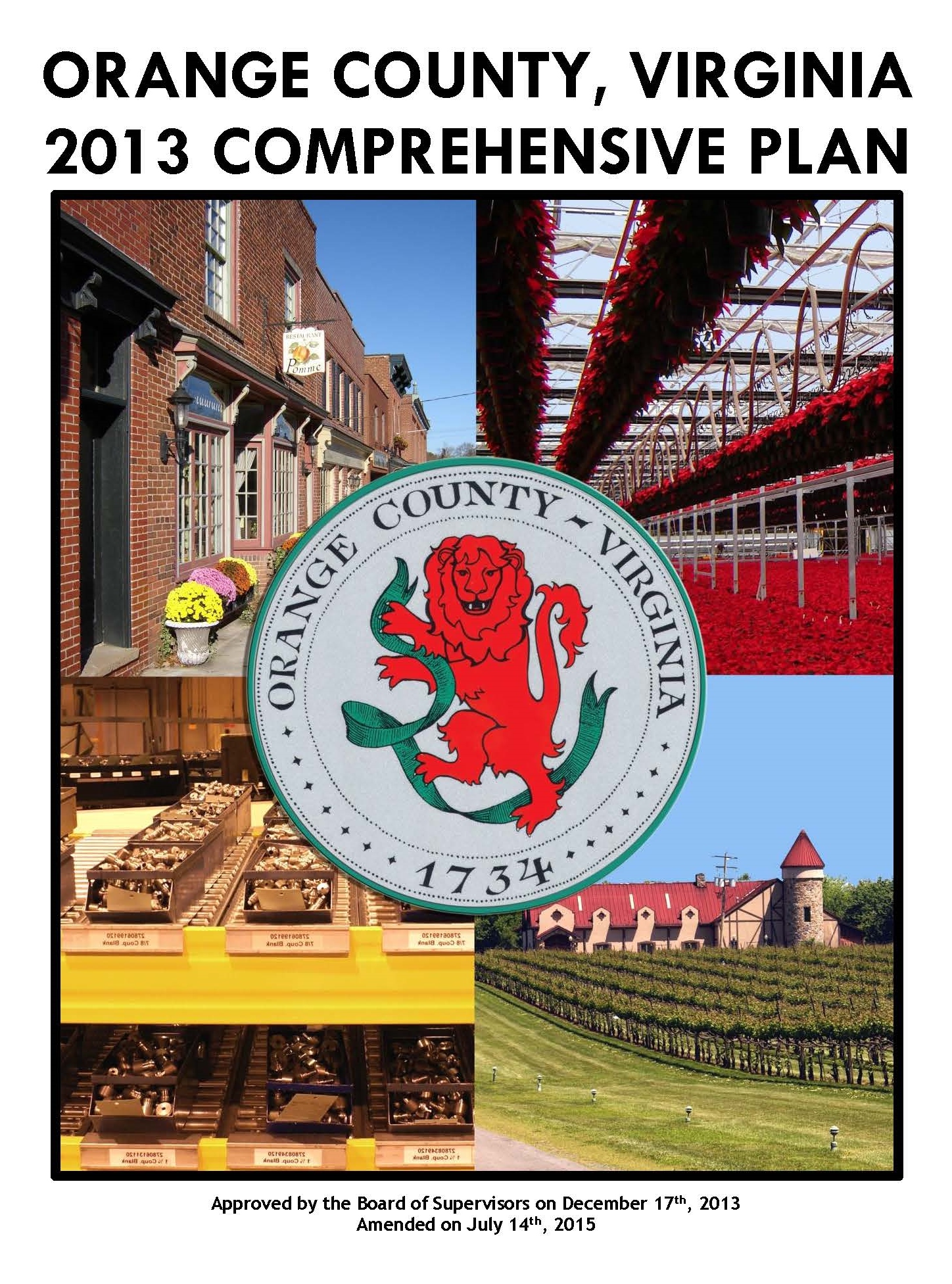 On Tuesday, July 14, 2015, the Board of Supervisors held a Public Hearing in order to adopt amendments to the 2013 Comprehensive Plan and incorporate the Germanna-Wilderness Area Plan. A minor amendment was adopted on October 27, 2015, to officially declare the Germanna-Wilderness Area as a designated growth area. Another minor amendment was adopted on May 8, 2018, to adequately describe planned public facilities.

Learn more by viewing the adopted Comprehensive Plan, dated May 8, 2018.